FOLEPI HAS ALREADY BEEN FOUND!

Richie said he has been a Find Folepi hunter for the past three ornament hunts and came close to finding it each time. He said Clue #1 referenced ornament hiding locations in past hunts. The final part of the clue referencing shoes made him think of shoe stores, and the only one he could recall was the one located in The Levee District. He and his girlfriend noticed the restored pump, looked at it and saw a sign saying it was restored by Festival of Lights volunteers. He thought the old pump could be a good hiding place, and after looking over the pump he found the ornament taped to it.

From 2012 to 2021
We have hidden the ornament here and there.
Sometimes it’s been easy, sometimes not so much,
But always with great care.

You must decide if it’s worth a try
To venture out in the cold.
This being our 10th may be the hardest
So, get ready, the story will be foretold.

The ornament has been hung in a tree,
Rested on a bench as the horses were put through their stride.
The festival began in 1984, and soon there were so many floats,
The FOLEPI Building was built to house the ones that were pulled and ones you could ride.

The ornament then appeared where the books of knowledge are kept,
But had to beware of the books flying off the shelf.
On to a walk on the trail to get a quick drink and watch the balls fly,
But if you wear out your shoes, you may need to go see the elf!

Area residents have a chance to win a package of prizes from local businesses if they can Find Folepi. Each year, a 3-inch, round, clear, acrylic Folepi ornament is inside a clear plastic bag and hidden outside somewhere on public property within the East Peoria city limits. The hiding place is outside and in a non-dangerous location. Clues will be issued weekly until the Folepi ornament is found.

Prizes for the winner of the 10th annual Find Folepi Ornament Hunt are provided by: 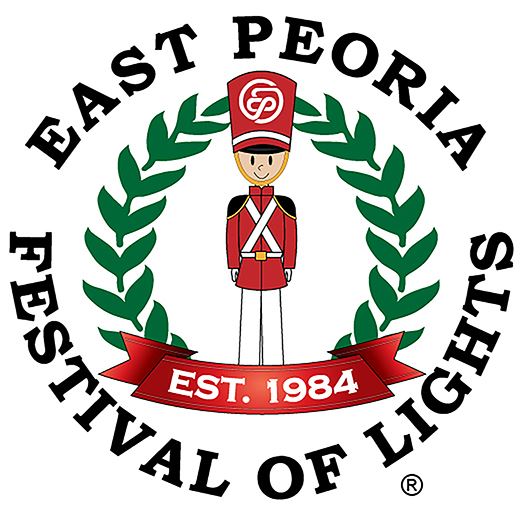