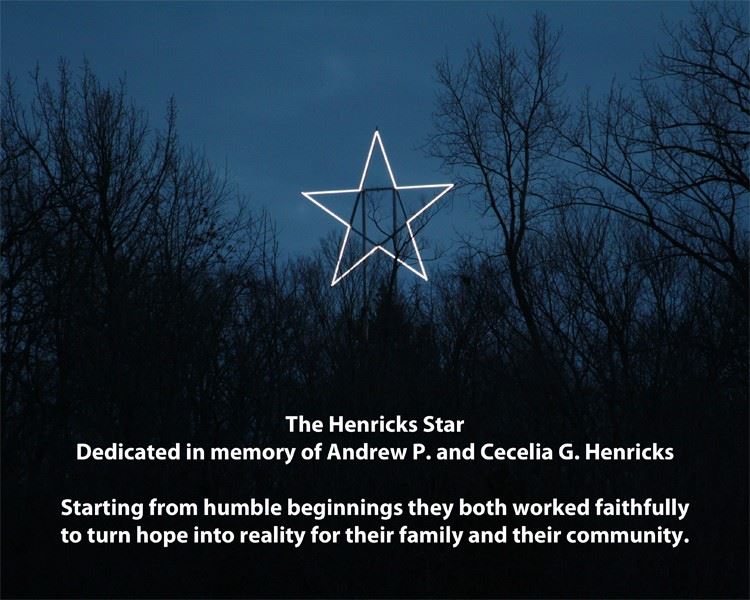 The Henricks Star shines over East Peoria from a bluff in VFW Park, overlooking the city and Interstate 74. The star has been a part of the Festival of Lights from the very early years.

The original Andrew Henricks Star, which was made of wood and illuminated with fluorescent light tubes, honored festival volunteer Andrew Henricks who passed away many years ago. His wife Cecelia G. Henricks retired from the City of East Peoria in the mid-1980s and passed away several years ago at age 89. Her children, Alan and Gwen Henricks and Gary and Carolyn Henricks, wanted to honor their mother's memory and decided that since both husband and wife enjoyed volunteering in the community, supporting the Festival of Lights and local businesses, they would ask for memorial contributions to fund the construction of a new star in both parents' memory. They received enough contributions to completely fund the construction of the new star, and it debuted in December 2017.